Singled out in a nation-wide continuing search, indigenous exponents of traditions in the field of craft and performance are declared national icons to emulate as guardians who safeguard national cultural heritage.

- from Pinagmulan, Enumerations from the Philippine Inventory of Intangible Cultural Heritage 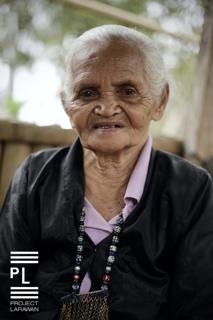 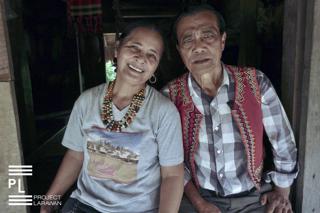 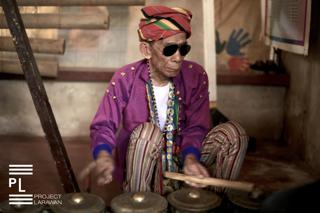 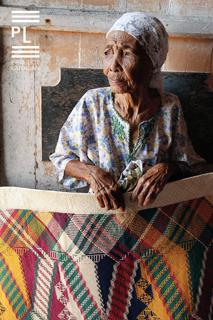 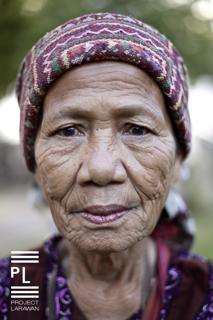 It was nice to meet and capture our Blaan treasure in her normal daily wear and disposition.

Meet Alonzo Saclag, a fierce Kalinga in the field of traditional arts and one of the few recipients of the National Living Treasure award from the National Commission for Culture & the Arts.

Be amazed by his beautiful performance stage called Awichon tucked in the mountains of Lubuagan, Kalinga Province. Know more about his passion in preserving the music & dances of his people through this short video.

Uwang Ahadas was given recognition in 2000 as one of the Philippines’ Gawad sa Manlilikha ng Bayan (GAMABA) awardees, or a National Living Treasure, by the National Commission for Culture and the Arts.

Uwang Ilul Ahadas, a gifted musician from Bohe Bessey, Lamitan, and a member of the Lamitan Yakan Family Ensemble, is a recognized master of traditional Yakan instrumental music in the entire Yakan domain. He learned the fundamentals of playing the instruments of the peregeyan kwintangan from observing the Yakan elders. These instruments have since been Uwang’s constant companions.

Recognizing and valuing Uwang’s gifts and his deep understanding of Yakan culture, everyone in his community became his students. Many of his protégés have gone on to become winners in the annual music competitions held during the Lami-lamihan Festival in Lamitan.

Despite his failing eyesight, Uwang’s remarkable skills as musician and teacher have brought him to many places in the Philippines and abroad. His immense knowledge on the context of traditional Yakan music and its meaning to the Yakan community, and to Lamitan in particular, has distinguished him from other skillful musicians. Thus he has become an invaluable contributor to the preservation of Yakan musical heritage as an identifying mark of the Yakan of Basilan.

From Bongao, Tawi-Tawi, I crossed the sea for several hours to get to Tandubas just to meet Haja Amina Appi, a National Living Treasure known for her tepo designs. There was a quiet dignity to this Sama woman. I was fortunate to have taken her photograph when I could. She passed away a year later in 2013.

Haja Amina Appi already comes from a people famous for the weaving of pandamus mats into works of art. With a face exuding serenity, her hands are thick and dye-stained from a lifetime of harvesting pandamus and the drawing out of dream-like designs in her mats. For her, the most difficult part of her craft is culling from ethnic memory the visualization and execution of design. It is high precision work, requiring the mastery of the medium and an instinctive sense of proportion and symmetry, even asymmetry. Proclaimed in 2004 for mat weaving, she was respected and recognized for her artistry even in her own community of weavers. There was gentleness in her teaching of others. And quietly, she passed away in 2013.

- from Pinagmulan, Enumerations from the Philippine Inventory of Intangible Cultural Heritage

I met Ambaleng Ausalin by chance at a bus stop while waiting for the bus that would take us from Lamitan to Isabela in Basilan. My friend Earl told me that she was a highly regarded weaver and made the introductions. She is a highly animated woman and quite funny. Ten months later, she was awarded the GAMABA Manlilikha ng Bayan distinction for Yakan weaving.

All Yakan women—including Yakan master weaver, Ambalang Ausalin, who hails from Parangbasak, Lamitan—were trained by their mothers and grandmothers. Ambalang is a highly respected weaver in all of Lamitan and has served two generations of the Yakan royal family. Her skill in weaving is incomparable as she is able to execute all the designs and categories of a Yakan weave on a backstrap loom. She is also acclaimed for having mastered all the essential processes involved in the production of the textile from the warping and creating the design, to the actual weaving and costume-making.

Ambalang was diligently trained by her mother, Bariya, who was also hailed as an expert in Yakan weaving. Like her mother, she utilizes the traditional weaving techniques like the suwah bekkat (cross-stitch-like embellishment) and suwah pendan (embroidery-like embellishment) when weaving bunga-sama. Aside from knowing the technicalities of Yakan weaving, Ambalang is also able to express the significance and purpose of each textile or category of Yakan weaving based on culture and tradition. With her immense knowledge and skill in Yakan weaving, she was nominated for the NCCA National Living Treasure Award or Gawad sa Manlilikha ng Bayan (GAMABA) in 2009.