Buliluyan is a remote quiet town on the southernmost point of the main Palawan island. Save for trucks moving back and forth and cement mixers rumbling on the unfinished jetty, there was hardly any activity in the area. This fishing village is merely a jump-off point to ferry goods and people to the smaller islands of Balabac, Pandanan and Bugsuk.

The outer islands are different from those in the tourist havens of Bacuit Bay and the Calamianes. The dramatic crags that characterize Coron and El Nido are absent. But the long stretch of white powdery talc in Sebaring and the Maldives-esque island hideaway of Onuk can definitely compare with the more prestigious Palawan sites. Unfamiliar and unrecognizable, yes. But only for the moment. Hardly anybody comes here because of the remoteness and the difficult travel conditions. The roads are not complete. The main highway from Puerto Princesa extends only to Rio Tuba. But it is only a matter of time before this part of Palawan becomes part of recall.

Under a mild drizzle, against the backdrop of trucks and machinery on the port, amidst the locals composed of Christians and Moslems and a company of Marines from the 12th Battalion stationed in the area, Padyak Palawan was unceremoniously kicked off, but only after the customary photo taking with the tarpaulin marking the event.

Literally at the end of the road, the only direction forward was northward. Over 700 kilometers beyond was El Nido, the tourism jewel and the more famous counterpart at the northernmost municipality in the opposite side of the island, a stark contrast to the milieu on hand. In the long stretch from North to South, landscapes and terrain lay in varying shapes and form between the extremes. The geological makeup of the scenery changed the further south or north one went.

The intention was to traverse the entire length of Palawan island by bike, an undertaking of over two weeks through the province’s main municipalities and panoramas, to conclude in El Nido. The team was composed of former and existing UP Mountaineers, an assorted and larger than life bunch of an artist, a maker of bamboo bikes, a geological mapper, a dreadlocked cook, to name a few characters. The squad was led by prominent adventurer Romi Garduce.

“I have never done a bike tour. I wanted to find out if I can complete one.” A funny, self-deprecating soul, this Romi, conqueror of the mighty Mt. Everest and the rest of the seven summits.

It was a plan hatched after his vertical challenges had been conquered, and new quests had to be conjured or reframed. Why continue going higher when one can roam further sideways? Not lost underneath his modesty though is a genuine concern for the environment.

“Hopefully, with this tour, we can showcase the other less visited parts, as well as call attention to conservation issues affecting the island.”

After refilling water bottles, redundant trips to the latrine and conclusive tire pressure checks, the team finally set forth to tackle the first (a 72 km ride to Bataraza, passing by the mining community of Rio Tuba) of 10 legs en route to the ultimate destination in the karst-peppered region on the tip of the island. 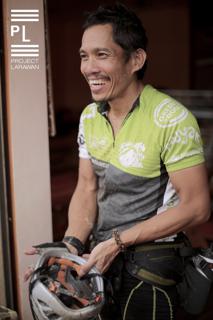 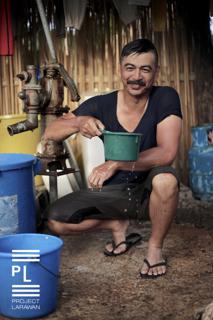 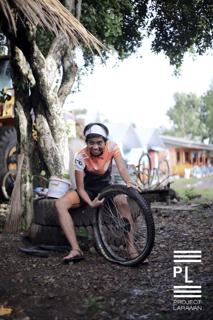 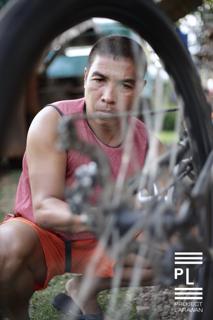 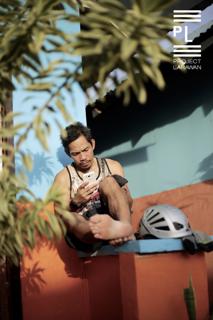 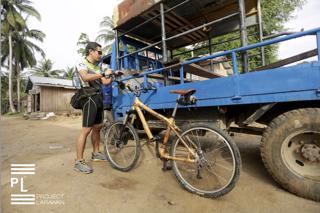 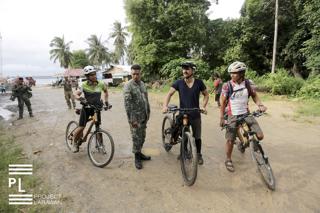 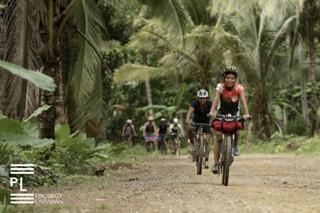 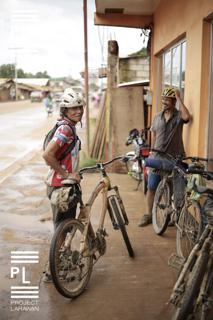 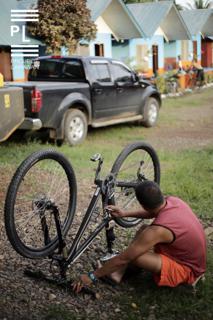