Islam is the common attribute that aggregates the provinces of Basilan, Lanao del Sur, Maguindanao, Sulu and Tawi-Tawi as a single collective, uniting the different Moro groups under one classification. Islam is the utmost influence, determining an all-embracing way of life and conduct founded on the Qur’an, shaping all aspects of existence.

There is a lot more, however, to the indigenous people of Muslim Mindanao than just their religion. The narratives of this region are varied, abundant, profound and complex. Regrettably, contemporary discussion does not delve as much into the histories and nuances of the different ethno-linguistic Moro groups. The outsider sees a homogenous assembly of Muslims without consideration and appreciation of the various indigenous inhabitants and their diverse historical contexts. Under the larger category of Muslim Mindanao, the finer details are lost.

The Tausug, Yakan, Maguindanaoan, Meranao, and Bajau, for instance, are very unique, and have richly distinct histories of self-determination.

The Meranao’s centuries-long seclusion has led to a particular kinship structure that is segmented. In contrast, the Tausug have been ruled for over 500 years as a sultanate by a royal house.

The Yakan of Basilan prefer to live inland and in not too dense communities, while the Bajau insist on settling above water, on houses on stilts along the coasts or in the middle of the sea, despite the abundance of land.

The essence of Maguindanao cannot be appreciated separately from the Rio Grande and its ebbs and flows which influence the lives of the people of the inundated plains.

Thus, there is a wealth of narratives that can be gleaned when you scan the wide panorama of the region’s multi-ethnic chronicles and composition.

The prevailing national majority views the Philippines from a myopic and predisposed perspective and believes in a singular psyche and identity, when the reality is that there is no sole identity but, rather, pluralistic characterizations and aspirations of an extensive array of people who comprise the fabric of Philippine society. 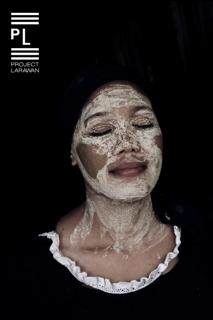 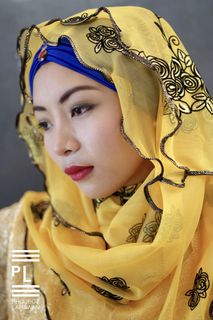 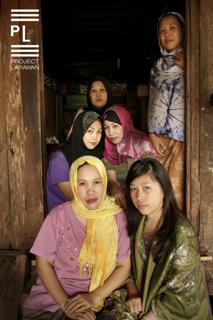 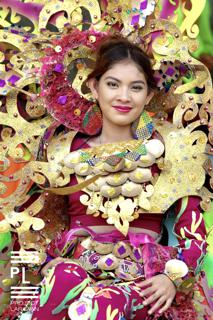 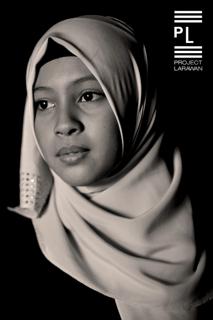 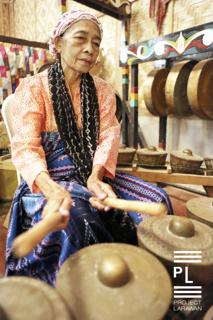 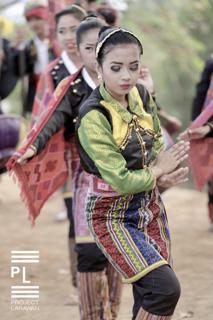 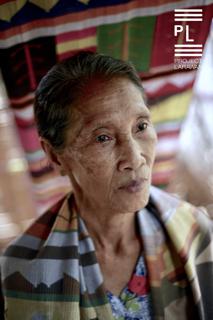 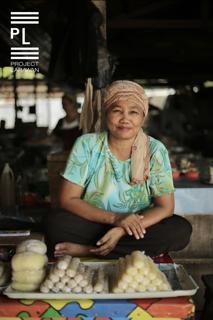 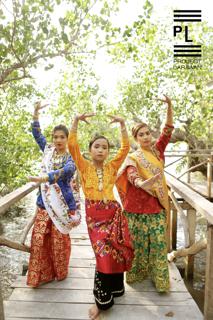 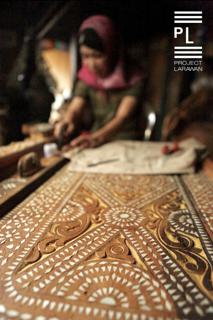 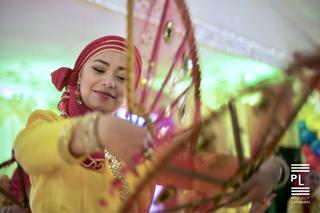 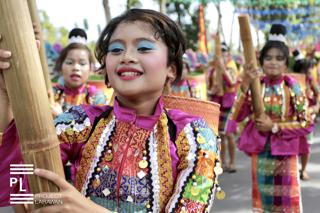 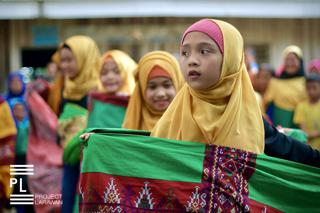 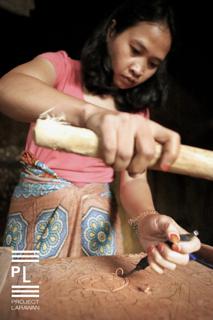 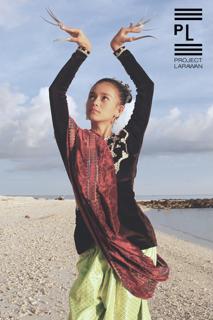 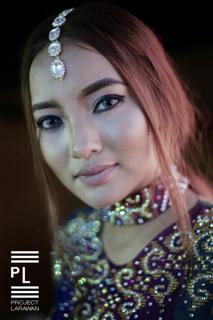 Nur-aiza started weaving when she was nine under the tutelage of her mother and aunts who were also trained in weaving as young girls. She is a promising weaver who has won several weaving competitions in her category.

Harnadin Nooh, the finest dancer of her age group. Often gets the lead.

A vendor in Lamitan shows off her glutinous delicacies -- PUTU (Yakan).

A young lady, her head bundled in a hijab, pounded gently on a minute shard of shell, hammering the fragment into place on the surface of a wooden chest. Too much force, and the chip would shatter into even smaller bits. Too light and the piece would be easily dislodged. But the weight of her touch was enough.

The chip joined an assortment of other splinters, introduced bit by bit and lined up carefully to form part of a deliberate arrangement, highlighted by the twirling okir, a unique, traditional Meranao motif. The required effort was painstaking, yet the artist worked patiently, installing pieces into the mosaic until the pattern emerged. Once completed, the wooden chest became fully adorned with intricate in-lay designs and carvings.

The pre-work was similarly tedious. Shells and mother of pearl fragments were fashioned into different shapes—squares, triangles and diamonds—individually cut and formed, requiring deft hands. It was a task suited for womenfolk, with their gentle yet firm temperament. The more brutish masculine treatment would probably not have yielded the same results. Women seemed born with the right touch.

This young lady was not alone. Her mother, sisters, and aunts were all equally adept at this enterprise. This was a family pre-occupation, with craftsmanship and skills passed on from one generation to another. But this activity was not exclusive to her household. Other families indulged in the same profession of embellishing wooden chests in their own versions and particular ornamentations, guarding their designs from being copied or replicated.

As it was in the whole town of Tugaya, guilds and artisans were commonplace.

Artistic expressions of the Tausug, Samal, Bajau and Jama Mapun, involving undulating arm gestures to music provided by the biyula, the kulintangan ensemble and bulah-bulah.