It is said that the Inaul may be a malong, but not all types of malong are Inaul. Inaul is synonymous with Maguindanao. It is a fabric woven by a great race. It is a symbol of royalty of a great nation that once ruled a huge part—if not all—of Mindanao. In fact, the name Mindanao may have come from an abbreviation of the word Maguindanao, which referred to a sultanate headed by the Ruler of the Pulangi most popularized by Sultan Kudarat.

As we know, pulangi means river. This great river in the present Province of Maguindanao, so named by foreign invaders as Rio Grande de Mindanao, continues to receive water from its tributaries—the Allah River, the Buluan River, the Pulangi River and the M’Lang River. Its headwaters are in the mountains of Impasug-ong in Bukidnon, south of Gingoog City in Misamis Oriental, where it is called the Pulangi River. Joining the Kabacan River, it becomes the Mindanao River, the second largest river system in the Philippines, next to the Cagayan River of Luzon. Flowing out of the mountains, it forms the center of a broad fertile plain in the south-central portion of Mindanao. Before reaching its mouth in the Moro Gulf, it splits into two parallel sections, the Cotabato and Tamontaka, separated by a 600-foot hill.

Yes, Inaul was worn by the royal clans of Maguindanao as they moved around their vast territory via the rivers that served as the highways of the olden days. And as years went by, the descendants of these noblemen increased in number. So today, we see Inaul worn by scores of Maguindanaoans. At present, Inaul does not only represent the rulers of the sultanate of this magnificent land, but has expanded its meaning to symbolize the greatness of the people of Maguindanao.

As a tree begins with a seed, so we begin with what wehave. We must look back to our past so we can chart our future with a steady hand. We must know who we are in order to determine what we can become. For there is something in our being that can steer our path towards success. Like a true Maguindanaoan, Inaul is not simply a piece of cloth. It is a mixture of the best among others. Even as Mamalo and Tabunway were the greatest natives of this land, the lineage of Shariff Kabunsuan was blended with that of the noble inhabitants, mixing and matching through the ages and producing spectacular qualities like those of Sultan Kudarat. In the same manner, silk is woven on the loom together with indigenous fiber, and sometimes even with real gold threads to create a fabric fit to be worn by the greatest rulers of Mindanao.

Like a single thread of cotton or silk or even gold which is weak alone but strong when interwoven with others, we Maguindanaoans seldom act individually, for we believe that in unity there is power. We work our land together. We catch fish together. We defend our territory together.

Even in weaving, the most intricate Inaul design called sugkip, which is a tipas or slanting design, cannot be done by a single weaver alone. It takes two to three persons to weave it by hand, with the weaving process taking from three to 15 days, depending on the complexity of the pattern. In the same way, we Maguindanaoans value patience, for we know that in due time we will get what we desire. The key to everything is determination.

The patterns of our Inaul are s distinctly defined and so unmistakably Maguindanaoan that one cannot venture to say that they came about by sheer accident. Rather, one can confidently say that the designs are the result of careful planning and meticulous craftsmanship to create an explosion of magical arrangements and stunning sequencing. This same tendency to be accurate in our moves is also manifested in the precision of our dances, like the courtship ritual in the kagsingkil and the exploits of Bantugan depicted in the sagayan accompanied by the sounds of the kulintang, the agong and the gandingan, among other instruments. And because we wear the distinctive Inaul, we are set apart from the other people of this land.

Indeed, Maguindanao is a land of abundance, not only in flood waters that yearly nourish our farmlands, but in this extraordinary textile we call Inaul, the size of which is so generously overflowing in the arms of our women who wear it either as sinablay, sinipit or simbalok.

It is not only the material and the patterns, but the colors as well of Inaul that make this fabric a masterpiece of beauty. It is said that the colors yellow and orange represent royalty, while red means bravery. Green signifies peace and tranquility. White, the color of purity, speaks of sadness and mourning. Black stands for dignity. It is the symphony of these colors that evokes the variety of experiences that the Maguindanaoans have gone through.

Inaul represents how we Maguindanoans preserve our inheritance, strengthen our unity, nourish our culture, defend our land and share our bounty. It is the embodiment of our past, it is the joy of our present, and it is the hope of our future. We are the people of Maguindanao. And our malong is Inaul. 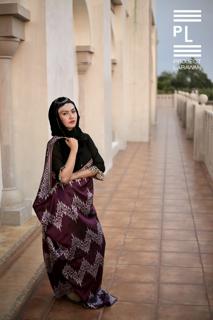 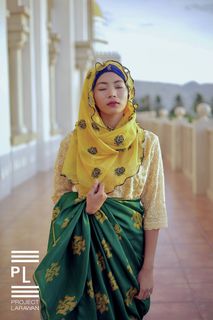 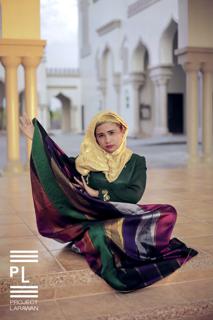 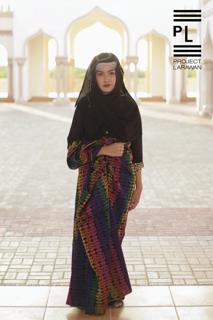 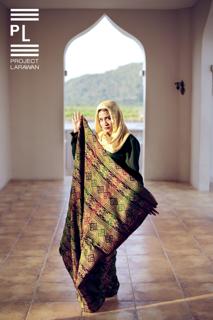 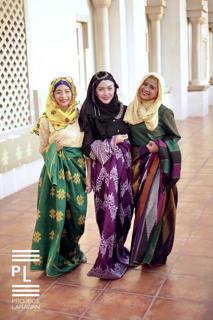 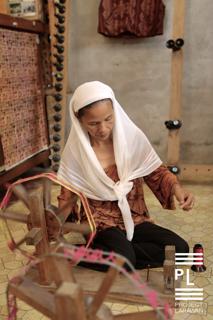 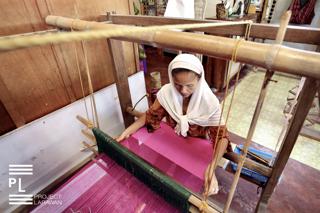 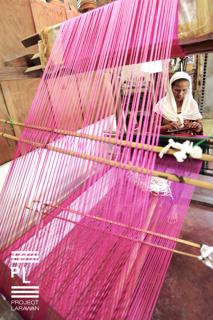 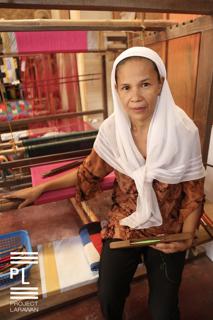